We are a small lab that aims to maintain a collaborative and friendly atmosphere.  We have fortnightly lab meetings to discuss each others projects, and students are expected to assist with fieldwork, attend discussion groups and seminars, go to conferences and be an active member of the School.

I encourage students interested in postgraduate studies to develop their own research questions and urge them to talk to current students about life in the lab. Most students undertaking PhDs support themselves with an Australian Postgraduate Award (APA) although there may also be opportunities for industry based awards (APAIs). Please feel free to contact me to discuss potential projects and collaborations.

Prospective honours students should contact me to discuss their ideas and the range of projects that could be undertaken in the lab. Some examples of potential honours projects are listed below. This page can also be viewed as a pdf file here (or right-click link to save the pdf file).

Branching: can the addition of woody material help to revegetate degraded drylands?

Woody debris is recognised as an important structural element of the ground layer. The placing of logs or branches on the soil has been trialled as a method to stabilise degraded soil surfaces, by protecting plants from herbivory and allowing them to establish. A trial is being established in the Murray Mallee region of South Australia to examine the usefulness of ‘branching’ as a restoration tool.

This study will compare the effect of multiple branching treatments on soil accumulation and soil properties, herbivory of planted seedlings, and establishment of perennial vegetation within an existing experiment. An honours project would form part of a larger research project looking at the role of branching in restoring degraded landscapes. Students will be able to position their research within a broader context and work alongside collaborating scientists.

The work will be carried out near Renmark, South Australia and co-supervised by Dr Heather Neilly. For more information contact David Eldridge (d.eldridge@unsw.edu.au) 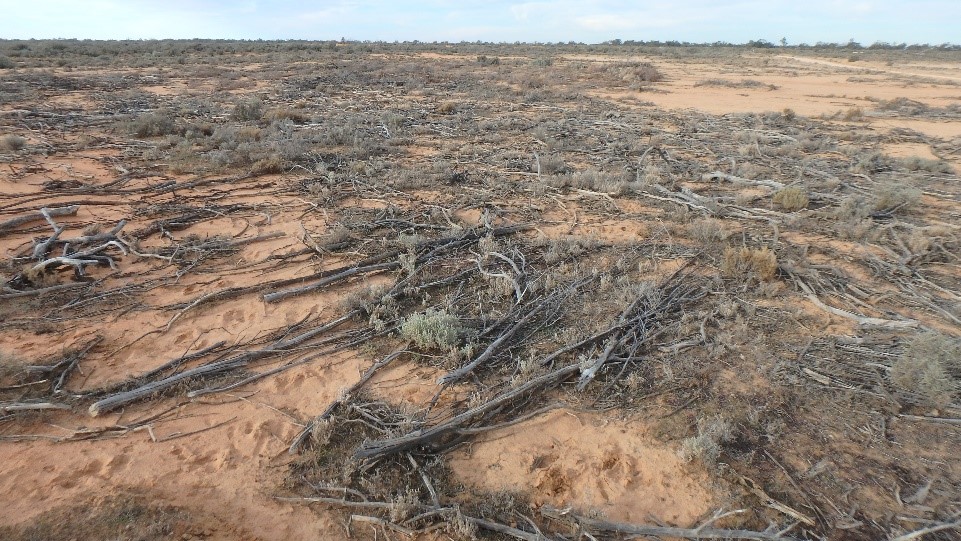 Vertebrate herbivores can threaten vegetation establishment and persistence in areas being managed for restoration. Various projects would investigate different aspects of how grazing by a range of herbivores (goats, rabbits and kangaroos) affect vegetation and soils in order to develop effective management of grazing. The work will be carried out near Renmark, South Australia and co-supervised by Dr Heather Neilly. For more information contact David Eldridge (d.eldridge@unsw.edu.au) 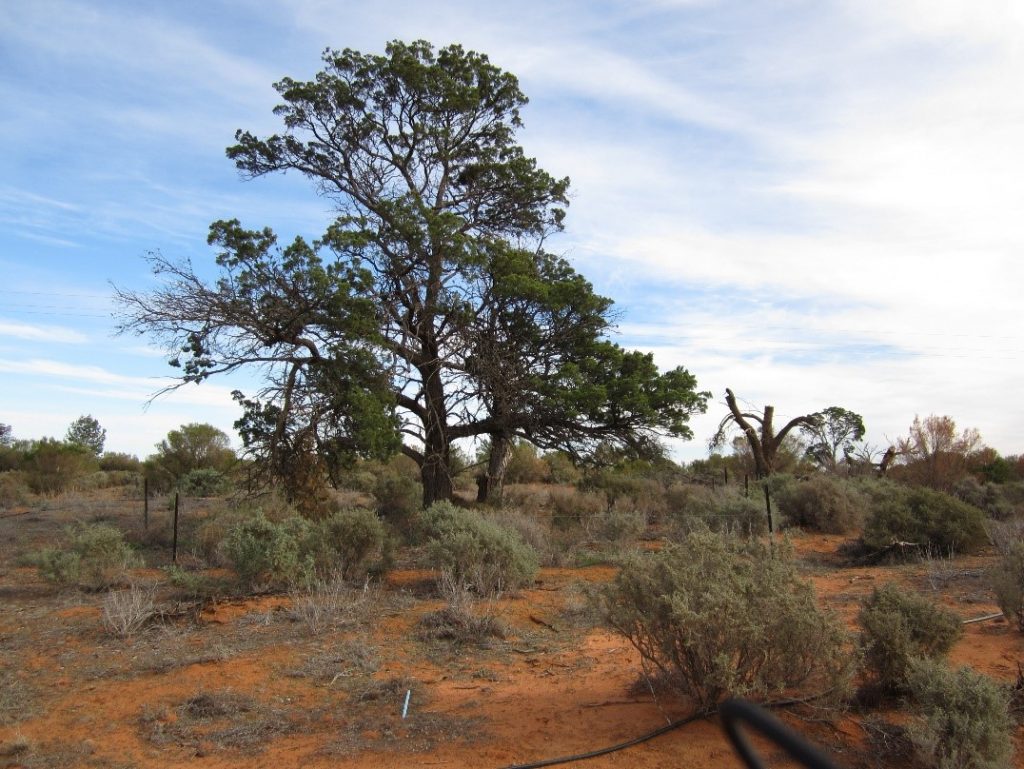 Overgrazing by kangaroos has been identified as a major land degradation issue, particularly during droughts. This project will examine long-term data on the effects of kangaroos on vegetation species composition across a large number of sites, some of which are kangaroo free. The study will also incorporate measures of soil function at different parts of the landscape to determine the impacts of kangaroos on soil function. The work will be carried out at sites in eastern Australia in conjunction with the National Parks and Wildlife Service. For more information contact David Eldridge (d.eldridge@unsw.edu.au) 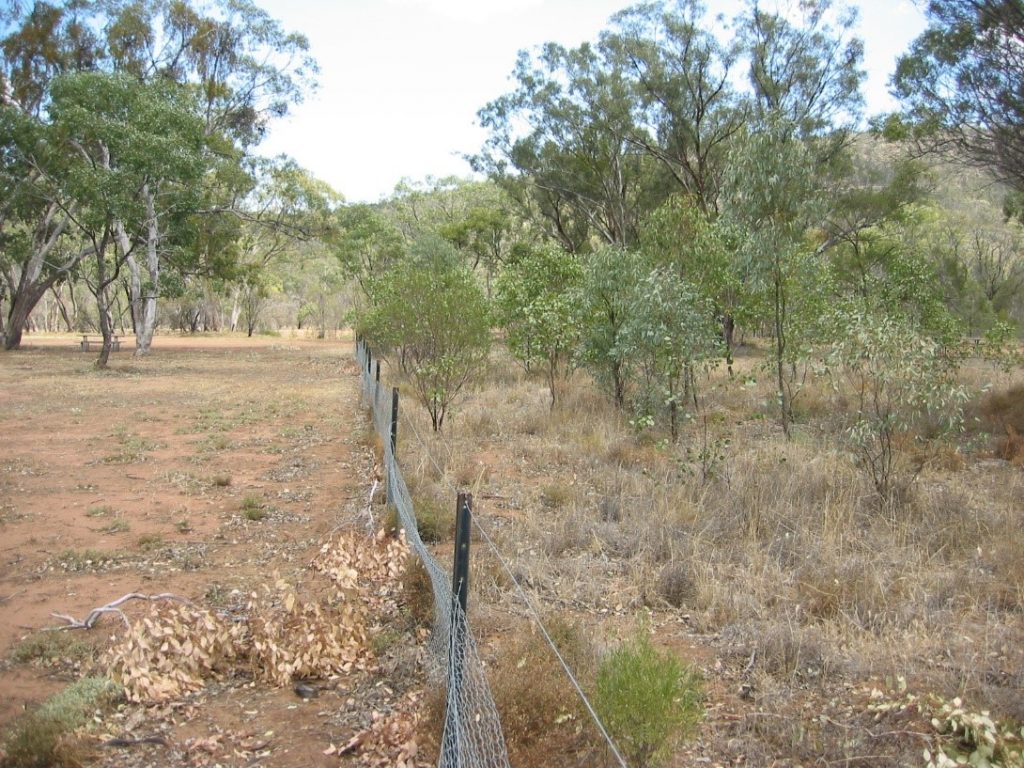 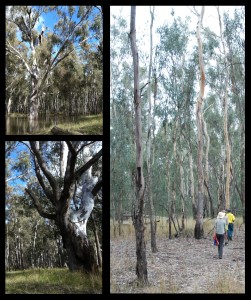 A chance for some field work in these beautiful inland riverine forests.

This is part of a larger project set up by the Office of Environment (NSW) and Heritage and Parks Victoria (Vic.). The project will involve field work throughout the Lachlan Valley, Murrumbidgee Valley and Murray Valley. This project presents an opportunity to visit some unique parts of Australia and receive training in measures of soil health and soil surface condition. This is a fantastic opportunity to collaborate with government departments including National Parks and Wildlife Service (NSW), Parks Victoria (Vic.) and Scientific Services (NSW). Preferred candidates would have a strong background in ecology and/or soil science and hold a provisional or full drivers licence. 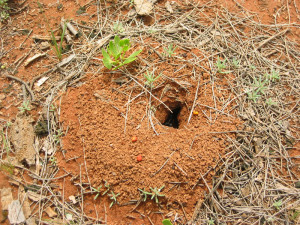 Encroachment of shrubs into grasslands is a global phenomenon. The increase in shrubs alters the spatial distribution of plant communities, altering soil surface characteristics, and may therefore have potential effects on soil-resident invertebrates. Little is known about how the change from grassland to shrubland might affect the foraging activity of ants and therefore the potential for dispersal of plant seeds. This study will examine seed removal rates of ant-dispersed species in shrublands and grasslands by different ant communities in order to enhance our knowledge of potential changes associated with shrub encroachment.

Facilitation and competition in the semi-arid woodlands 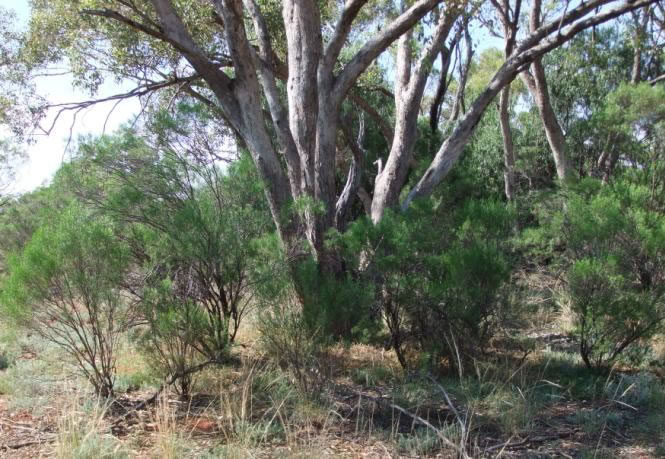 Facilitation and competition in the woodlands

Facilitation is an important ecological process whereby woody plants (nurse plants) enhance the growth and survival of their understorey (protégé) species. This study will test the notion that plant richness and productivity change in relation to a gradient out from the trunk of large trees, and that plant functional type explains a large amount of variation in response of protégé species to canopy location under different nurse species. 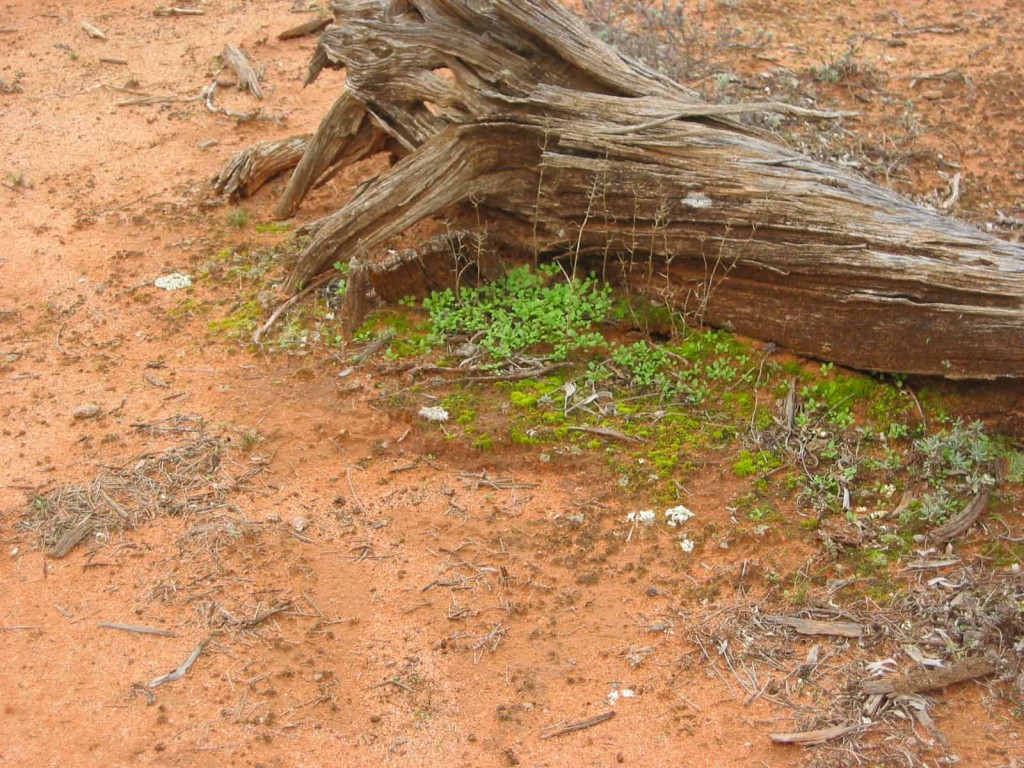 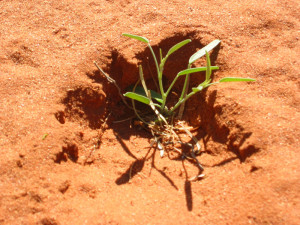 Soil foraging animals are an important driver of heterogeneity in arid and semiarid systems. Disturbances such as foraging pits, rabbit warrens, resting sites of kangaroos and scratchings formed by echidnas are common forms of disturbance. Once stabilised, these disturbances form fertile patches, which accumulate seeds and support a range of annual plants species. This study will test the notion that larger disturbances support a greater diversity of plant species (consistent with expectations under IBT). It will be supported by manipulative experiments whereby disturbances of various size and shape will be constructed and the response of annual plants assessed.

Dense stands of white cypress pine (Callitris glaucophylla) are claimed to suppress the growth of vascular plants by competing for water, nutrients and light. A limited number of studies have assessed the effect of thinking on understorey communities. This study will combine measures of soil health (microbial respiration, infiltration, soil surface morphology, litter decomposition) with an assessment of plant dynamics to test the effectiveness of Callitris thinning on diversity and function. 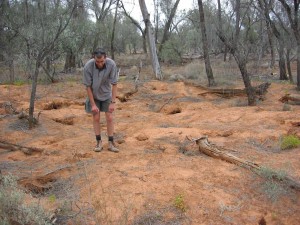 The European Rabbit (Oryctolagus cuniculus) is Australia’s number one vertebrate pest. In the past 20 years, land managers in western NSW have spent millions of dollars controlling rabbits. The most effective method is to destroy their warrens, usually by mechanical ripping. This study will test whether rabbit ripping has altered the ability of soils to accept infiltration. It will examine 1) changes in infiltration along a disturbance gradient, 2) the spatial distribution of infiltration among different rabbit warrens, and 3) compare these data with warrants that have not been treated. 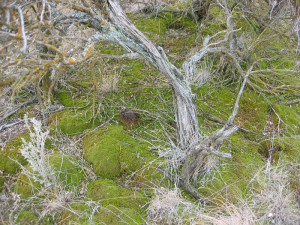 Biological soil crusts dominated by mosses, lichens and cyanobacteria are common components of arid area soils. These crusts protect the soil against erosion, produce carbon and nitrogen, and provide a habitat for soil organisms. Little is known about the distribution of biological soil crusts when grasslands are invaded by shrubs. This study will examine how biological soil crust communities change in relation to increasing shrub density and how this might be affected by grazing. 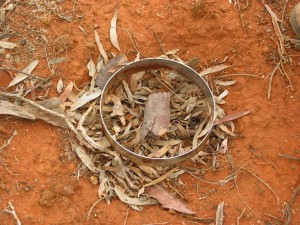 Breakdown of litter in deserts is thought to be largely due to abiotic processes such as wind and water, given the low rainfall which drives biological processes. We hypothesise that litter deposited on the soil surface will contribute little to soil carbon and nitrogen pools compared with litter trapped below-ground (in animal diggings, under logs etc), which will break down at a faster rate and be incorporated into soil organic pools. A litter bag experiment will be used to track the breakdown of three types of litter in three different microsites (surface, below-ground, below shrubs). The study will determine breakdown of a plant components over time. 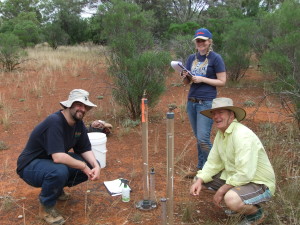 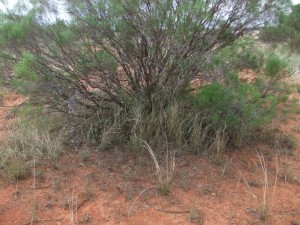 The balance of competitive and facilitative processes in semi-arid woodlands can be driven strongly by grazing effects. It is hypothesized that under extreme levels of grazing pressure the facilitative effect of shrubs through anti-herbivore mechanisms far outweighs any competitive effects. This however has been tested in a limited number of environments. This study will use an established shrub density–grazing experiment in south-western NSW, and field-based measures will be supported by glasshouse study of seed emergence from the soil seed bank.